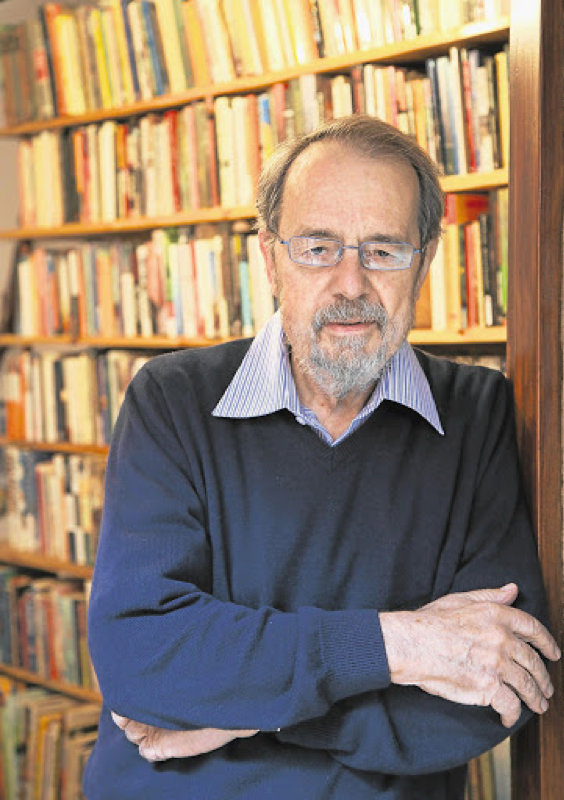 An edited Tribute to Hugh Lewin, by his lifelong friend, Paul Trewhela.

Hugh died peacefully yesterday, 16 January 2019, at his home in Killarney, Johannesburg. He was a person of exceptional good-ness. He sought for no high office, and never trumpeted his name. He always did what he thought was right, no matter what the cost.

Hugh was vice-president for international affairs for NUSAS (the National Union of South African Students) in 1960, the year of the Sharpeville massacre. In this role, he befriended fellow students at the University of Fort Hare. He joined the non-racial Liberal Party as well as the sabotage and protest organisation, the ARM (African Resistance Movement). He was arrested after the John Harris bombing at Park Station, an action that was in violation with the principles of the ARM.

Hugh was an accomplished journalist who worked on Drum and Golden City Post in Johannesburg before his arrest and imprisonment for seven years in the Pretoria Local and Central Prisons. On his release, he went into exile in the UK where he worked on The Observer in Fleet Street, London. He taught journalism in Asian countries and settled in Harare, Zimbabwe for the last ten years before his return to South Africa. following the 1990 unbanning of political organisations.

In Zimbabwe, he gave all the help he could to victims of the Mugabe regime. It was appropriate that he served as a commissioner on the Truth and Reconciliation Commission, in service to others.

Hugh was perhaps the finest South African poet of his lifetime writing in English. A particularly poignant poem is his poem, “Touch” that speaks to the experience of years of imprisonment.

When I get out
I’m going to ask someone
to touch me
very gently please
and slowly,
touch me
I want
to learn again
how life feels.

One: fists
At the beginning
fierce mad fists
beating beating

Hugh won the 2012 Sunday Times Alan Paton Award for his book, Stones against the Mirror, that tells the story of his journey of reflection to meet – and forgive – the man who had betrayed him, Adrian Leftwich.

When he became a Commissioner on the Truth and Reconciliation Commission, he sought in that engagement to find answers to his own struggle to “discover how to stop the hating and also … to know why things had happened the way they had” as the man who had betrayed him, came to symbolise everything he had missed by being in prison.

And so, he came to write of his experience of the Truth and Reconciliation Commission …

The testimonies of women. Their voices dominate my memory of those years. Staunch and proud, they told their stories, talking not of themselves, but of their husbands and sons and fathers. The women who had borne the brunt of the oppression and who now came to tell of the pain of others. They made only one demand: that the bones of their loved ones. Bring back the bones so that we know where they are. What about revenge or compensation or justice? “There’s no point in seeking revenge. I forgive them because not doing so will not help me in any way. “What can the commission do for you?” we asked the witnesses. “Nothing,” they replied, “just bring us back their bones – and let them tell us why it happened. If we know why, then we can understand. It is not a question of forgiveness, it is a question of knowing.

Hugh Lewin, you have enriched all our lives with your sharing of your struggles with issues of making sense of what to do about “unfinished business”. The sense you made was to release your own cliinging to a sense of the guilt of the person who had betrayed you. You wrote of this experience, “something shifted inside me. It was not a road-to-Damascus moment, but I knew that something had changed. I realised that I had grown used to clinging to Adrian’s guilt – or what I saw as his guilt. The situation was not so much about him as it was about me. By focusing on his guilt, I could avoid acknowledging my own lack of self-understanding. If I forgave him, if I laid down my anger, what would define me?” The words of the women at the TRC became the answer, “Give me back the bones.”  By this, I meant that I needed to discover what had happened to both of us.

Thank you for the gift of your life and your friendship. Rest in Peace.